We commissioned top playwright, Katherine Lyall-Watson, to write a play for us in celebration of our hundredth anniversary year.

Katherine is an award-winning playwright whose first produced play, Motherland, won numerous awards and will be touring in 2015. Katherine has a doctorate in creative writing from the University of Queensland and also works as a writer and editor.

Threads That Bind: A Manx Tale

Katherine has taken stories and recollections from community members and woven them together with Manx tunes and folklore to create a gentle, funny and moving play inspired by life on the Isle of Man and the immigrant Manx experience in Brisbane.

The play tells the story of an elderly woman who longs for her homeland and a grandson who struggles to reconcile his love for his grandmother with his desire to lead his own life.

Sue is a highly respected theatre director, writer, dramaturg and producer. She was Artistic Director of La Boite Theatre from 1993 to 2000 and has won 18 industry awards in Australia & New Zealand. Sue is an Adjunct Professor with the University of Queensland and Chair of Backbone Youth Arts.

Lighting and sound were ably managed by Jason Glenwright and Kyle Berry, respectively.

Jackson’s stage credits include Into the Woods, Hair, Carousel, The Wishing Well and an array of showcases, revues and concerts. He has originated principal characters in musical book developments with Megan Shorey and Matthew Samer, performed for Joymas Creative and made his film debut in the web-series, Strange Aeons.

Ngoc’s theatre credits include Hedonism’s Second Album, After all This, Speaking in Tongues and QTC’S Seeding Bed program. Film credits include The Black Balloon and Ved verdens ende. TV credits include Schapelle, Secrets & Lies, Sea Patrol and Terra Nova. Ngoc is a graduate of the Western Australian Academy of Performing Arts [WAAPA]. 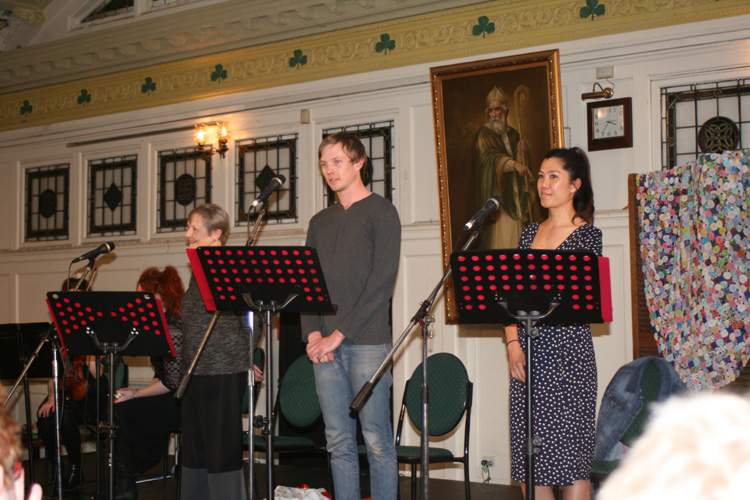 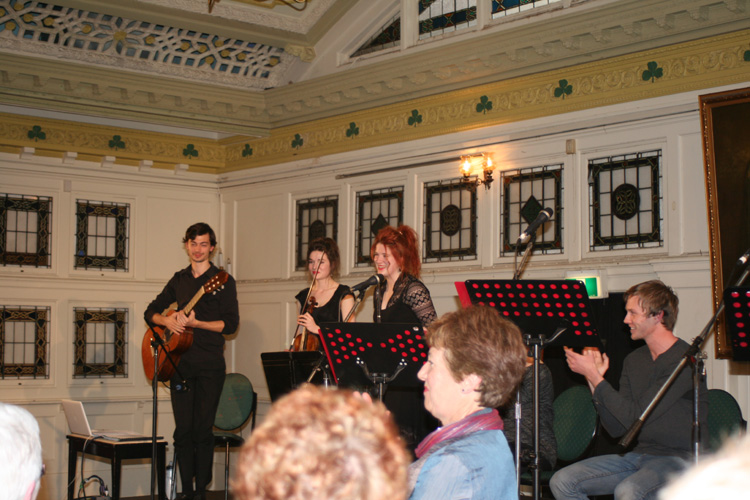 As some of you will know, we had our first reading of the play last December. Here are some of the comments from audience members:

For this production, an enthusiastic and enthralled audience, who laughed and cried as the characters and story unfolded, gave a standing ovation to the Playwright, Director, Cast and Musicians at the end of this memorable production. The audience said it all with their rapturous applause.