2014 saw the 100th Anniversary of the Queensland Manx Society.

The original object of the Society back in 1914 was: The mutual improvements of it’s members and assisting, by advance or otherwise, their fellow countrymen on their arrival in the state. Also, to keep in close communication with the Isle of Man.

Membership was (and remains) open to all natives of the Isle of Man, their husbands, wives and descendants.

The Prime Minister of Australia wrote to the Queensland Manx Society on occasion of our Centenary. 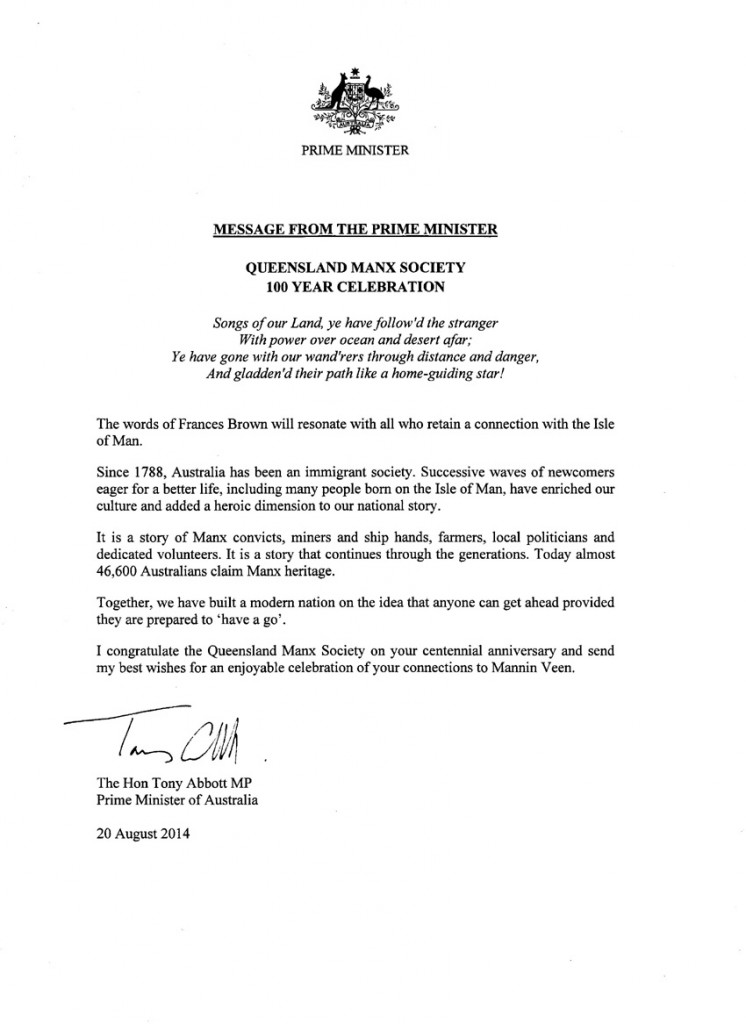